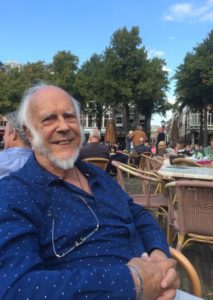 This is quite a normal and natural progression, but it often results from a crisis of some kind, which shakes us out of the comforts of conventional consciousness.

First tier consciousness is dominated by formal logic, based on the premise that A is A. This is the logic often taught in schools, and it has been named variously as Aristotelian, Newtonian, Cartesian, Boolean and mathematical logic. It is used very successfully in computers, and is highly suitable for working with inanimate things.

Second tier consciousness is dominated by dialectical logic, the logic of paradox and contradiction, whose basic premise is that A is not simply A. This is the logic we require for dealing adequately with human beings. And it is only if we embrace this form of logic that we can understand authenticity.

Authenticity is fully embodied in most of the forms of humanistic psychotherapy, including Person-centred, Gestalt, Psychodrama, experiential therapies, Primal Integration, radical therapy, feminist therapy, several body therapies, dream work and so forth. They are very much at home there, contributing essentially to the humanistic emphasis on the whole person and the authentic relationship. The humanistic view of authenticity is broader and more inclusive than that to be found in existential analysis.

James Bugental has written two books about authenticity. He says that authenticity is a combination of self respect (we are not just part of an undifferentiated world) and self enactment – we express our care or involvement in the world in a visible way.

Here is a key quotation:
“By authenticity I mean a central genuineness and awareness of being. Authenticity is that presence of an individual in his living in which he is fully aware in the present moment, in the present situation. Authenticity is difficult to convey in words, but experientially it is readily perceived in ourselves or in others.” (Bugental 1981, p.102)
In other words, what we in humanistic psychology are saying is that authenticity is an experience.

As Rollo May has said so well: “Freedom is a quality of action of the centered self.” (May 1979, p.176) Ž
The humanistic view is that action is the acid test of experience.

What it seems so hard to convey to many people is that the real self, the self which is to be actualized in self-actualization, is not a concept but an experience. It is not something to be argued at a philosophical level, it is something to be encountered at an experiential level. Otherwise it becomes an abstract and useless concept.

Some existentialists embrace this, as for example here:
“Authenticity consists in having a true and lucid consciousness of the situation, in assuming the responsibilities and risks that it involves, in accepting it in pride or humiliation, sometimes in horror and hate. There is no doubt that authenticity demands much courage and more than courage. Thus it is not surprising that one finds it so rarely.”
(Sartre 1948, p.90)

It demands so much because it involves moving beyond the confines of the familiar mental ego. To get away from the abstract argument, let us take a concrete example.

It comes from a book by Allen Wheelis, and it goes like this:

“Look at the wretched people huddled in line for the gas chambers at Auschwitz. If they do anything other than move on quietly, they will be clubbed down. Where is freedom?… But wait. Go back in time, enter the actual event, the very moment: they are thin and weak, and they smell; hear the weary shuffling steps, the anguished catch of breath, the clutch of hand. Enter now the head of one hunched and limping man.

The line moves slowly; a few yards ahead begin the steps down. He sees the sign, someone whispers “showers”, but he knows what happens here. He is struggling with a choice: to shout “Comrades! They will kill you! Run!” – or to say nothing. This option, in the few moments remaining, is his whole life. If he shouts he dies now, painfully; if he moves on silently he dies but minutes later. Looking back on him in time and memory, we find the moment poignant but the freedom negligible. It makes no difference in that situation, his election of daring or of inhibition.

Both are futile, without consequence. History sees no freedom for him, notes only constraint, labels him victim. But in the consciousness of that one man it makes great difference whether or not he experiences the choice. For if he knows the constraint and nothing else, if he thinks “Nothing is possible”, then he is living his necessity; but if, perceiving the constraint, he turns from it to a choice between two possible courses of action, then – however he chooses – he is living his freedom.
This commitment to freedom can extend to the last breath. ”
(Wheelis 1973, ‘How People Change’, pp.31-32)

For humanistic psychotherapy, authenticity is a direct experience of the real self. It is unmistakable, it is self-authenticating. And if we want to know how to use it on a daily basis, we can go to the excellent book by Will Schutz entitled ‘Profound Simplicity’ (3rd edition 1988).

There is an important link between authenticity and genuineness as described by Carl Rogers.

“It is my feeling that congruence is a part of existential authenticity, that the person who is genuinely authentic in his being-in-the-world is congruent within himself; and to the extent that one attains authentic being in his life, to that extent is he congruent.”
(Bugental 1981, p.108)

As authentic beings, we recognize our individuality.
Further, we recognize that this individuality is not a static quality but is, rather, a set of (possibly infinite) potentialities. As such, while in the authentic mode, we maintain an independence of thought and action, and subsequently feel ‘in charge’ of the way our life is experienced. Rather than reacting as victims to the vicissitudes of being, we, as authentic beings, acknowledge our role in determining our actions, thought and beliefs, and thereby experience a stronger and fuller sense of integration, acceptance, ‘openness’ and ‘aliveness’ to the potentialities of being-in-the-world.
(Spinelli 1989, p.109)

I couldn’t have put it better myself.